State Private University Established Under Nagaland Govt.Act No.6 of 2016

Approved by All India Council for Technical Education (AICTE)

Prof. Dr.D.Gnanadurai is a academician with a span of administrative and governance experience, from teaching at one end of spectrum to managing institutions at the other. He became the Vice Chancellor of St.Joseph University in July 2017. Before joining St.Joseph University he was the Principal of J.P College of Engineering, Tamilnadu. He is having Thirty two years of teaching experience including ten years as principal and Five years as Vice Chancellor

Dr.D.Gnanadurai is the approved supervisor in Anna University, Chennai and Manonmanium Sundaranar University for Guiding Ph.D scholars. An inspiring teacher and mentor of research, he has guided seven Ph.D. scholars and twenty P.G level students. He has got a rich research experience to his credit with publishing forty research articles in journals and conferences. He has also served as reviewer in many renowned journals. .Apart from this he Carried out two research projects in Image Compression techniques funded by Indian Space Research Organization (ISRO), Trivandrum during Sept.2001 to Aug. 2003 and May 2005 to April 2007.

Dr.D.Gnanadurai is a life member of Indian Society of Technical education (ISTE) and life member of The Institution of Electronics and Telecommunication Engineers (IETE). He is also a trained internal auditor of ISO 9001:2008.

An acclaimed administrator and accomplished educator, Dr.D.Gnanadurai has always believed in, smart work with perseverance and has worked towards setting unique standards in academic affairs. As a dynamic empathetic leader, he motivates many hearts and inspires many minds. He is widely known for his simplicity, honest and trustworthiness. 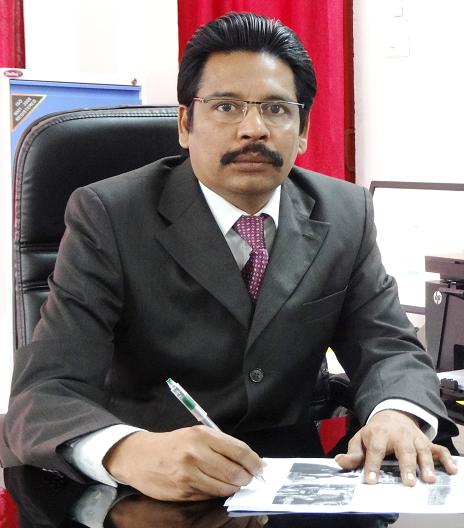